A fun-bot that has random snarky and hilarious responses to all of its commands.

Drunk o’Bot is a Discord Bot that does nothing you want it to do. The main idea behind Drunk o’Bot is that it simulates a general purpose/modbot, but instead of kicking or banning people, it just has something stupid to say instead. New responses get added frequently!

Commands (as of right now):

Note that Drunk o’Bot does NOT actually kick, mute or ban people. Drunk o’Bot basically sends snarky/hilarious responses to every command used. Try it yourself! Some examples will be posted below the bot’s logo. 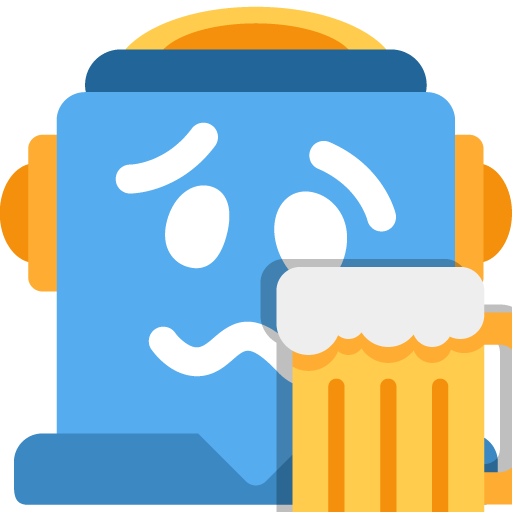 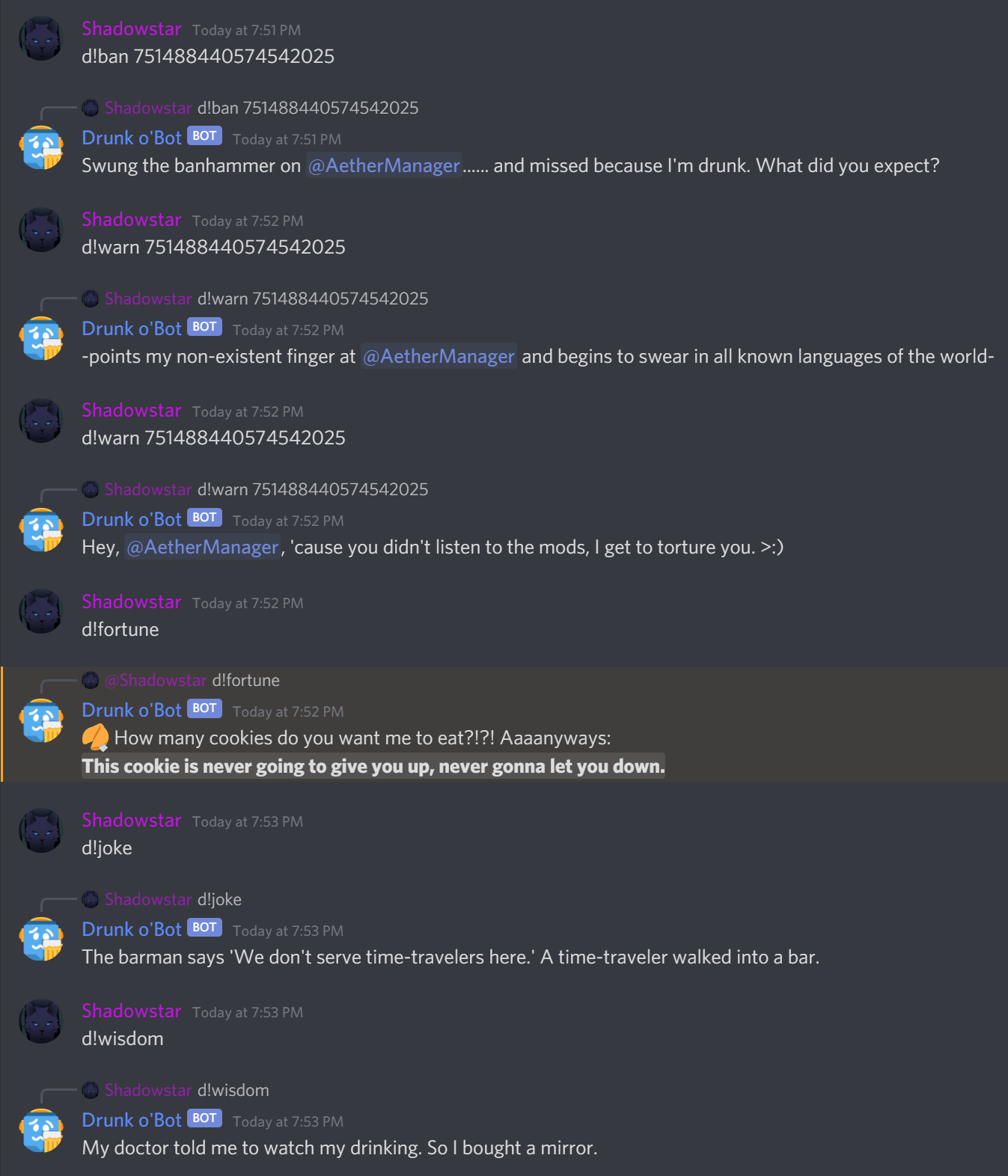 This bot does not have any commands

User Count (according to bot): 0

Shards: No shards set. Try checking it's website or support server (if it has one)!,